A fast growing business group based in Mumbai, Kohinoor has a significant presence in fields as diverse as Education, Hospitality, Real Estate, Healthcare and Power. Imbued with sheer commitment and drive for achieving sustained and all-round excellence in every activity it undertakes, Kohinoor Group has been moving from strength to strength since its inception in 1961.

The group has been propelled by the values of meticulous attention to the smallest detail and precision in execution, thus creating outcomes that are among the best in their domains. The group started its journey with pioneering work in Education sector thus Education occupies a place of pride with Kohinoor imparting technical vocational education in 100 plus centres, schools, hospitality management and paramedical education institutes.

Among them, Kohinoor Technical Institute (KTI) is a pioneer in vocational training for technical courses. Founded by the Honourable Dr. Manohar Joshi in 1967, KTI started with a single centre at Dadar in Mumbai, and has now grown into a national network of over 77 centres across 8 Indian states. Kohinoor International Management Institute of Hospitality management located at Khandala is established in 2000 and is known for the academic excellence and rigor of its program and teaching.

In Real Estate, Kohinoor has completed several projects over the past 35 years and major on-going projects include ‘Kohinoor City’, an integrated township over 38 acres with residential and commercial buildings and ‘Kohinoor Square’- comprising two high-rise towers in the prime location of Dadar (W). In Hospitality, the group’s flagship is ‘Hotel Kohinoor Continental’, a 4-star deluxe business hotel at Andheri (E). A 3-star hotel, the ‘Kohinoor Elite’ was started in December, 2010.

Also in 2010, the Group acquired majority stake in ‘Hotel Asiana’, a 5-star deluxe hotel in Chennai. ‘Kohinoor Hospital’, a multi-specialty state-of-the-art hospital at Kohinoor City, Kurla, the first ‘LEED Platinum’ rated green-building hospital in Asia, marked the group’s entry into Healthcare in December, 2009 and is earning fastest recognition as one of the most modern hospitals in the city. In Power, Kohinoor operates wind mills near Satara, Maharashtra and near Jaisalmer in Rajasthan. 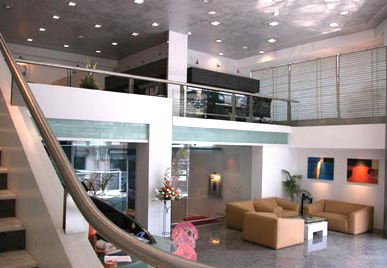